CAVA | Centre for architecture and the visual arts
University of Liverpool

Lecture at AA in London

Prof Koeck gives lecture at Film, Space and Architecture symposium at AA in London on the topic of "spatial immersion"; alongside scholars such as Brian Hatton, Francois Penz, Ian Christie and Nigel Coates and Robert Maxwell.

Find out about our EU Transdisciplinary Design Network on "Emerging Models of Transdisciplinarity: Driving Business, Technology & Design Innovation". More info and a short documentary film in our PORTFOLIO.

Nemeh Alrihani features in the New Arab News, talking about his research  on the crowd-sourced photogrammetric reconstructions for Al-Kazneh in Petra, Jordon.

CAVA is consortium partner in AHRC Creative Economy Engagement Fellowship (CEEF). Up to 9 postdoctoral fellows will be appointed between the research centre partners to grow and scale up the creative industries in the North West.

CAVA is consortium partner in Transformation NW, a fully-funded doctoral training programme that applies design and creative techniques to maximise new product and service opportunities for business in the North West.

Presentation at Houses of Parliament

Richard Koeck shows his observational films "beton armé" and "écrans urbanise", both shot in Paris in 2015, as part of the Libidinal Circuits conference at FACT.

Grade 1 listed building St George's Hall opens The History Whisperer™ to public. Nearly 2000 tickets sold in the first 24h. The first immersive experience of its kind in Liverpool, the UK and beyond.

The Centre for Architecture and the Visual Arts (CAVA)  is a practice-based and multi-disciplinary research centre that is situated in the School of Architecture, University of Liverpool.

We are interested in the critical intersection of space, media and culture in the context of digital, networked spaces and spatial practices with particular emphasis on their social and economic impact.

We  apply design and system thinking/methods to study trans-disciplinary impact and consider the theoretical/practical intersection between analogue and digital culture. 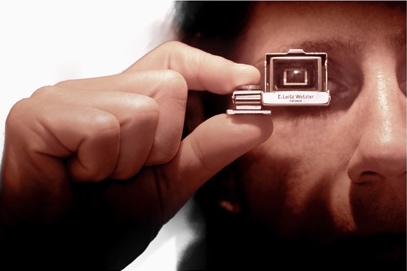 We take inspiration from

"Architecture no longer can (if it ever could) be understood as an autonomous medium of mass, space and light but now serves as the constructed ground for encountering and extracting meaning from cross-connected flows of aural, textual and graphic and digital information through global networks."

The research activities of the Centre are underpinned by the cultural approach to architecture and the visual arts introduced at the University of Liverpool by Colin Rowe and James Stirling.

Our longstanding relationship with CAVA has enabled high value collaborations, such as several collaborative doctorate awards, publications, international conferences/symposia and much more.

"We are a design-led technology grown in Liverpool and working across the world. Working with CAVA and the University of Liverpool has transformed our business."

Working at CAVA at the University of Liverpool gave me the opportunity to connect my research to key cultural organisations in the city such as FACT.

I am pursuing a collaborative doctoral research with FACT - funded by the AHRC -
which gives me a critical perspective on the value of art and insight into curatorial activities.

My collaborative doctoral research with McCann Manchester is funded by the AHRC and looks in leading-edge virtual and augmented reality applications in the context of outdoor urban advertising.

We undertake research into the representation of space/architecture in film as well as theoretical and practical implications of filmic/cinematic qualities of architecture and cities.

We have expertise in how space, architecture and cities are increasingly characterised by and extended into digital experiences and virtual and augmented forms of representation.

We are interested in how urban form and the architectural fabric of cities inform city placemaking – e.g. from morphological, planning, sociological, cultural, artistic, and heritage perspectives.

We work on theories and creative concepts that regard outdoor advertising as integrated, responsive and individualised means capable of transforming urban form and lived experiences.

With expertise that encompasses a broad and multi-faceted approach to maps and map-making, CAVA explores the mixed- and multi-media possibilities of mapping in the digital age.

We explore the cultural production and consumption of space and place, and the interdisciplinary cross-currents of practice and performance that underpin spatial humanities approaches to cities.

our fields of operations

KNOWLEDGE about the image of cities

We work with city stakeholders, such as city councils, planning authorities, museums and galleries, industry partners, and the public to change the way see and engage with space, architecture and cities.

CAVA researchers often use creative practices such as moving images, installations, augmented/virtual reality or mobile and location-based technologies as proof of concept for their research.

We have a track record of producing internationally excellent (3*) and world-leading (4*) publications returned to the UK Higher Education Research Excellence Framework (REF).

Based on Trans-disciplinary design Thinking

HOW TO FIND US

Thank you! Your submission has been received!

Oops! Something went wrong while submitting the form