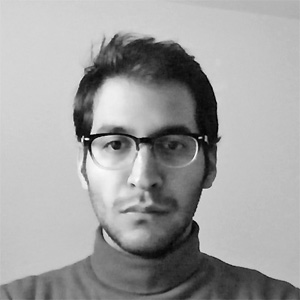 pooyasnj@liverpool.ac.uk
PhD Candidate
Pooya Sanjari’s research interests include contemporary image-based practices and the relation between inhabitants and images in urban cityscapes. His research focuses on the appearance of Shahr-e Farang in the early 20th century in Iran; a mobile entertaining device, allegedly emerged as a modified Iranian adaptation of cinematic devices from Europe.

His doctoral thesis will gives insight on firstly, how this modified device differs technically and conceptually from the western predecessors such as Kinetoscope and Cinematograph; secondly, how it can be situated in the wide context of contemporary theories (Walter Benjamin, Jacques Lacan, Juhani Pallasmaa, etc.); and thirdly, how the Shahr-e Farang – from this newly formed perspective – might be seen itself as a predecessor of contemporary mobile image-base media practices, such as Instagram ®.