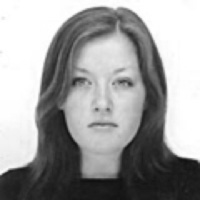 PhD Alumni
Dr Antoinette McKane is an early-career academic from Dublin, Ireland. She received her BA and MA in art history and museum studies from the University of Wales, Aberystwyth. Antoinette completed her PhD research, titled Tate Liverpool: A force for social renewal? at CAVA from 2007 to 2012. She worked closely with Tate Liverpool’s Learning Department on this AHRC-funded collaborative doctoral research. Antoinette’s thesis presented an original, critical study of the role of the art museum in neoliberal processes of urban change. In particular the thesis examined the role of education and learning programmes in the complex relationship between urban museums and local populations.

On completion of her PhD, Antoinette completed postdoctoral research at CAVA in 2012. The project, titled Beyond Constructivism: Rethinking Gallery Education, was funded by the pilot round of the AHRC’s Cultural Engagement Fund and continued to build on Antoinette’s close research relationship with Tate Liverpool. The research aimed to use Antoinette’s doctoral critique of Tate Liverpool’s constructivist method as a starting point from which to consider the current issues in gallery education. Alongside fellow CAVA graduate Dr Michael Otchie, Antoinette conducted focus group and interview discussions with participants from the cultural, academic and health sector across Merseyside. The findings of these discussions were presented in the final Beyond Constructivism report, which made up-to-date recommendations for the research and practice of gallery education.

Antoinette is currently employed by Liverpool Hope University, where she lectures in art history and leads the new MA Museum and Heritage Studies programme in partnership with National Museums Liverpool.