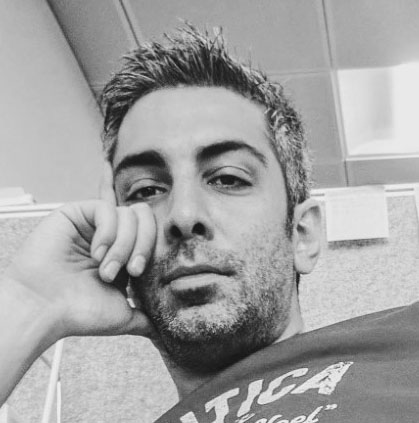 H.KHALILI@liverpool.ac.uk
BSc (IUST), MSc (Politecnico di Torino), PhD (University of Melbourne)
Following on from his PhD in Architecture from the University of Melbourne, Dr.Hamid Khalili joined the University of Liverpool and the Centre for Architecture and the Visual Arts (CAVA) in 2020. Hamid operates within the spaces between theory and practice of architectural design, technology and media. Hamid’s research examines the intersection between architectural design and narrative digital practices such as film, video games, VR and varied types of immersive technologies.

From 2016 to 2020 Hamid taught architectural design and theory in both undergraduate and postgraduate levels at the Faculty of Architecture, Building and Planning in the Melbourne School of Design (MSD), University of Melbourne. In 2017, Hamid founded an architectural filmmaking design studio for Master of Architecture students at MSD where he supervised several award-winning projects. Speculative design proposals, animations and short films produced under his mentorship have been shortlisted and commended in prominent international competitions, festivals and media such as 2A City-Architecture Movie Award, Melbourne Design Week, Architecture Film Festival, Beyond Media, The Architecture Player, Urban Screening, Medium and Archdaily.

Hamid’s other research interests include, but are not limited to: design pedagogy, theory of design, material and visual culture, cinema and cities, history and theory of domesticity and interiors, architecture and literature, film theory, Modern Serbian and Balkan architecture, architectural image-making, equine and racecourse architecture, critical theory, and design thinking.